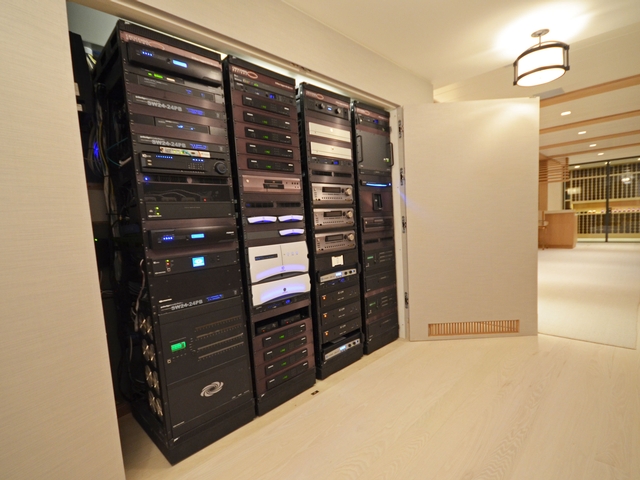 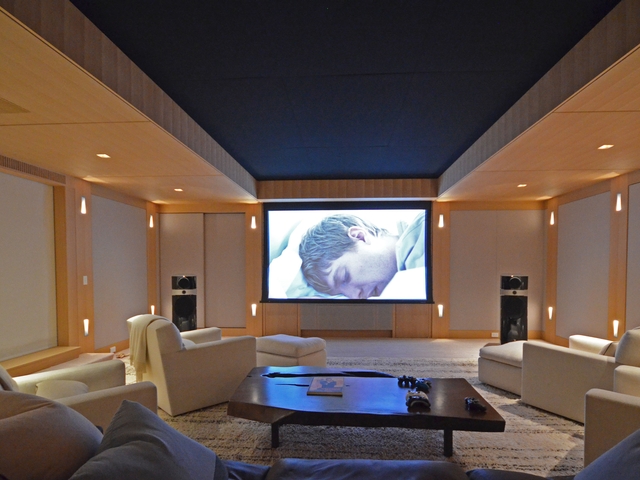 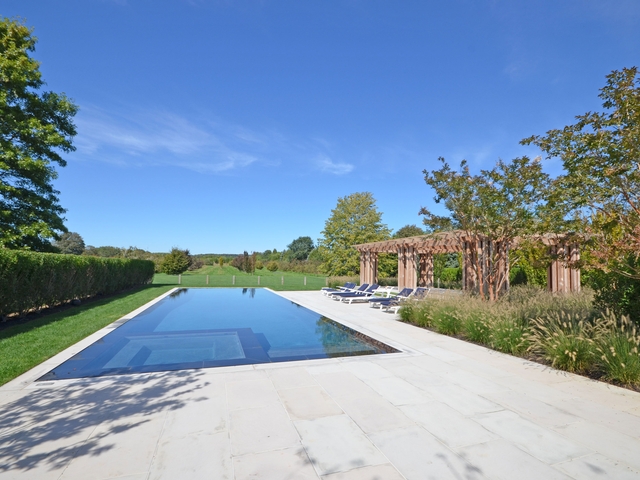 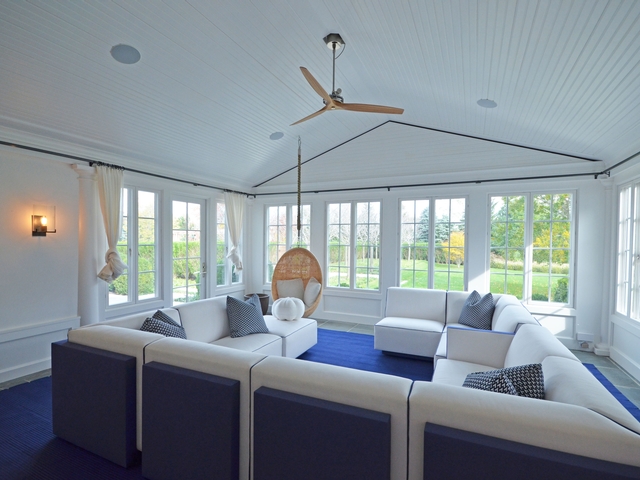 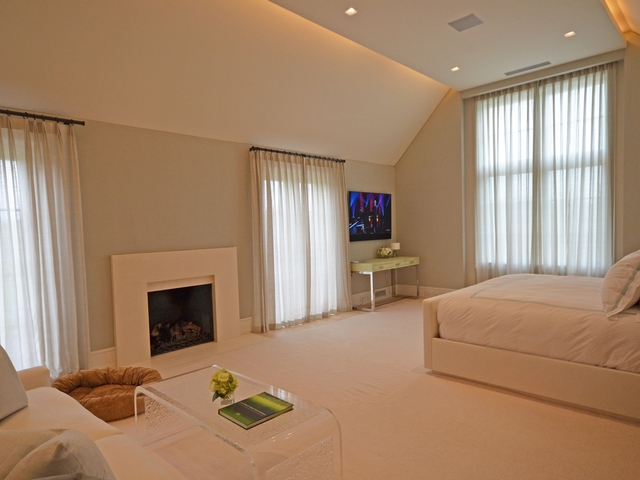 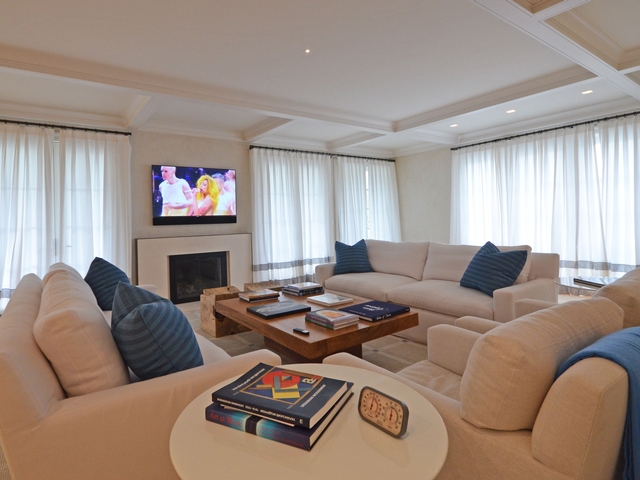 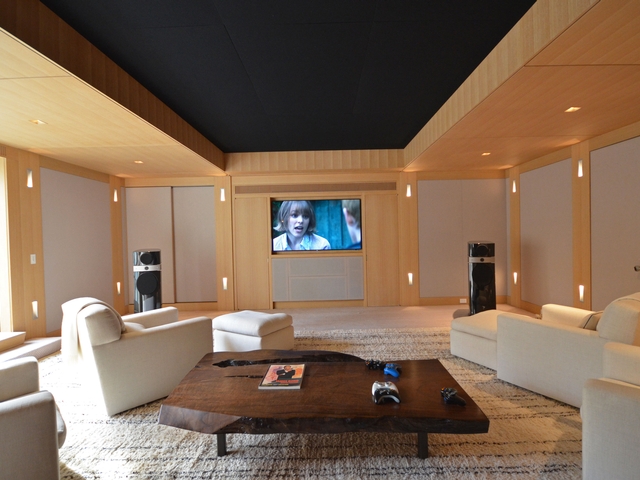 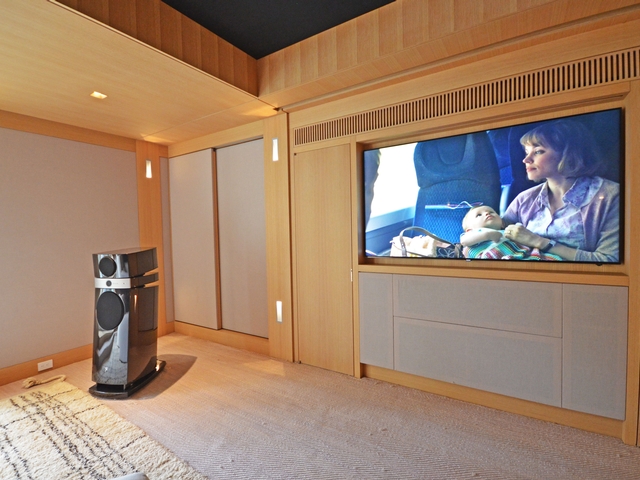 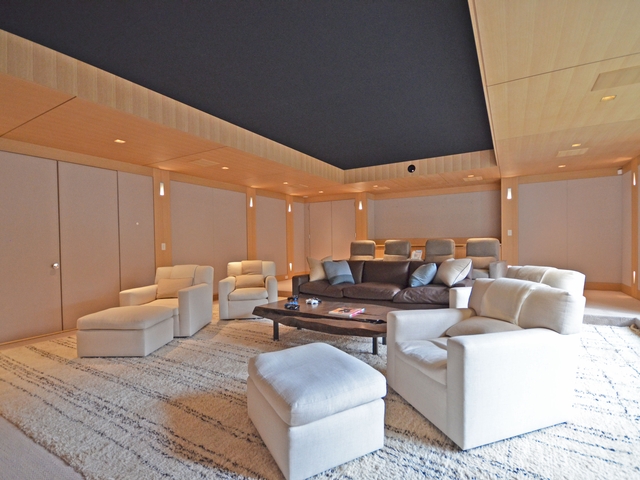 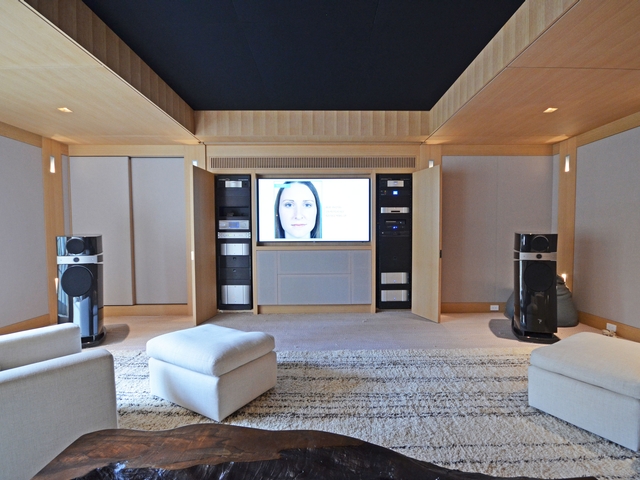 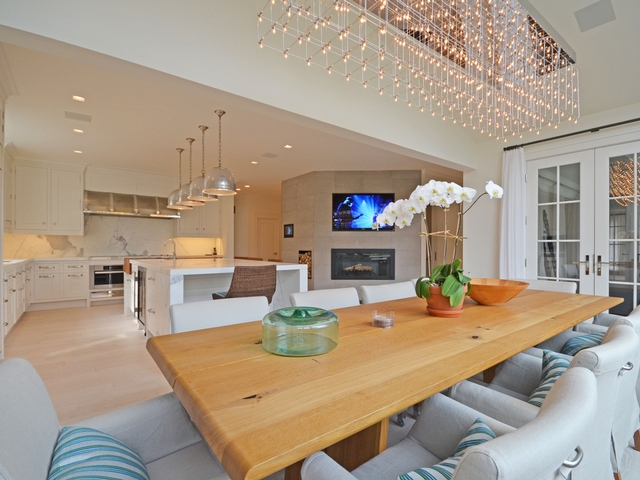 Best of the Best – Bridgehampton, NY

When money is no object, it can make a dream house—well, a lot dreamier.

However, this homeowner didn’t just have the budget to make all of their automated dreams come true, they also had plenty of space. Located in Bridgehampton, NY, the 12-acre property includes a 7,400 square-foot house with a 3,000-square-foot basement. It’s one of those places that’s destined for a magazine cover, and not just because of the space and gorgeous decor. It also has an eye-popping amount of high-tech features.

Making a home this drool-worthy isn’t always easy, though. To make sure that the technology reached every nook and cranny of the lengthy space, Crescendo Designs decided to completely rewire the entire lighting scheme, both inside and out. This meant that the company could install a new keypad-based Lutron HomeWorks automated lighting system. It also meant that the company could add “trufig” into the setup. This design solution allows all of the keypads to be completely flush-mounted into the wall, so the integrated technology doesn’t detract from the home’s aesthetics.

They didn’t do all of the work on their own, though. The builder’s electrician was called in to handle the high-voltage side of things, while interior designer Carol Egan gave the home a look as slick and sophisticated as its list of conveniences. Crescendo designed and programmed all of the lighting, which can set a relaxing mood after a long day, provide the proper scene for a party, and even deliver a little security so that the owner doesn’t ever have to come into a dark house.

Lutron is just one part the setup, which is controlled by a Crestron system that runs throughout the rest of the house. When people talk about “the best of the best” and technology in the same sentence, Crestron is usually part of the conversation. Which means it also needed to be part of this home. Now this gorgeous space oozes with warm colors and cool technology. The Crestron setup serves as the backbone, allowing the residents to control every automated system, including HVAC, lighting, security, and much more.

And really, “more” is the only way to describe the audio/video system in the home. The setup includes a total of 10 audio sources that can be piped into 28 areas of the home. On the video side, 17 sources can feed the homeowner’s need for entertainment in 15 of the areas that also have audio. All of the equipment is housed in four impressive Middle Atlantic custom enclosures.

When the homeowner wants to be immersed in AV, the home also has a reference-level media room. This area alone can tap into 10 different video sources, including cable boxes and web-based streaming services. For everyday TV watching, the room has a 75-inch Samsung LED HDTV mounted in custom built-in cabinetry. When the homeowner wants a red carpet experience, the Lutron blackout shades will dim the ambient light and get the fiber-optic starfield ceiling twinkling, all while a 129-inch Stewart Electrimask Classic screen drops in front of the TV and is paired with the Digital Projection Titan Reference projector. Other features include a SimAudio CD player, a Datasat RS20i processor, three SimAudio W7M amplifiers, and a SimAudio MC-8/6 amplifier. All of those AV goodies are connected to the 9.4-channel speaker setup, which includes a pair of Focal Scala Utopia tower speakers, a Focal Viva Center Utopia speaker, six B&W CCM7.3 in-ceiling surround speakers, two JL Audio in-wall subwoofers, and two JL Audio F113 subwoofers.

And just so the homeowner can stay immersed, all of the media room technology is available through a Crestron TST-600 touchscreen, which is custom-fitted into the armrest of the center chair of the room’s Fortress theater seating arrangement.

The rest of the house has just as many high-tech features for both work and play. On the play side, the spa room has an in-wall Crestron TSW-750 touchpanel to deliver audio to the Sonance VP65R in-ceiling speakers. There’s also a playroom with a Crestron TST-600 touchpanel, a 55-inch Samsung LED HDTV, four B&W CCM683 in-ceiling speakers, a custom Leon speaker, and an in-wall Velodyne subwoofer.

Other technology sprinkled throughout includes the four Stealth Acoustic LR8 invisible in-ceiling speakers in the dining room and a pool area with an audio system that includes a whopping 21 speakers and six subwoofers from the Sonance Landscape Series. The latter can be controlled via an iPad running the Crestron Control app or via one of the two Crestron 12-button keypads located inside the columns of the pergola. The grand room also has its own Crestron TST-600 touchpanel, a 55-inch Samsung LED HTV, four Stealth Acoustic LR3 invisible in-ceiling speakers, a custom Leon speaker, and an in-wall Velodyne subwoofer.

When it’s time to a little work, the office has a desk-mounted Crestron TSW-750 touchpanel, a 46-inch Samsung LED TV, and a pair of Focal 100BE bookshelf speakers. The owner can also break a sweat in the gym area, which has a 46-inch Samsung LED TV, a Nintendo Wii with the Wii Fit, two pairs of B&W CCM683 in-ceiling speakers, and an in-wall Crestron TSW-750 touchpanel.

Because the kitchen is such as high-traffic area, it’s the perfect spot the Crestron V15 touchpanel, which serves as the main touchpanel for the entire system. For local control, the TST-600 is usually docked, but can be removed and paired with the 55-inch Sony HDTV that’s mounted in a custom-built stone enclosure over the nearby fireplace. While the room fills with delicious smells, it can also be filled with sound from the Crestron distributed audio system; it has four Sonance Z8S Architectural in-ceiling speakers and a hidden Velodyne in-wall subwoofer.

When each day comes to an end, the homeowner doesn’t even have to think about cutting ties with all of this technology. The master bedroom has a Crestron TST-600 touchpanel to close the Lutron shades and control AV playing on the room’s 55-inch Samsung LED TV, two B&W CCM683 in-ceiling speakers, the custom Leon speaker, and the invisible in-wall Velodyne subwoofer. There’s even another Crestron TSW-750 touchpanel in the bathroom, which can pipe audio to the room’s two B&W CCM665 in-ceiling speakers and one Sonance Mariner stereo speaker.

The home also has another five bedrooms, each of which are outfitted with a 46-inch Samsung LED TV, two B&W CCM665 in-ceiling speakers, and a Crestron TST-600 touchpanel.