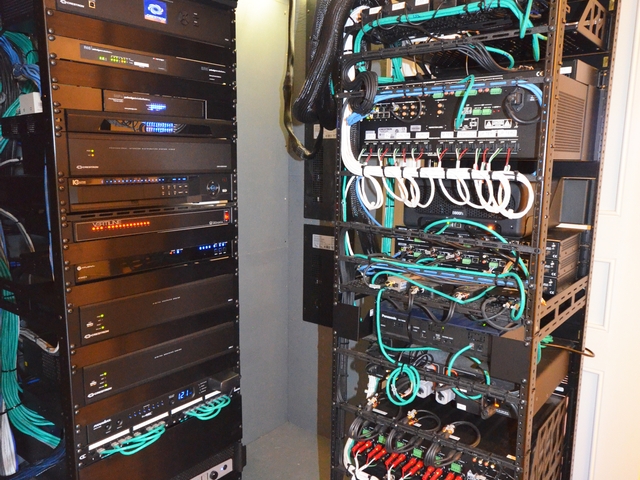 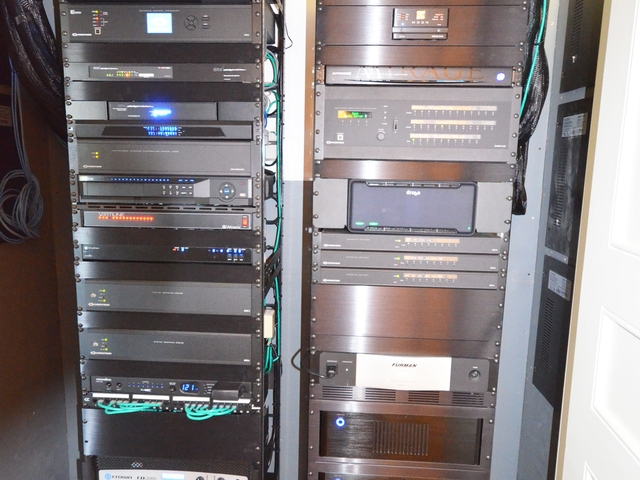 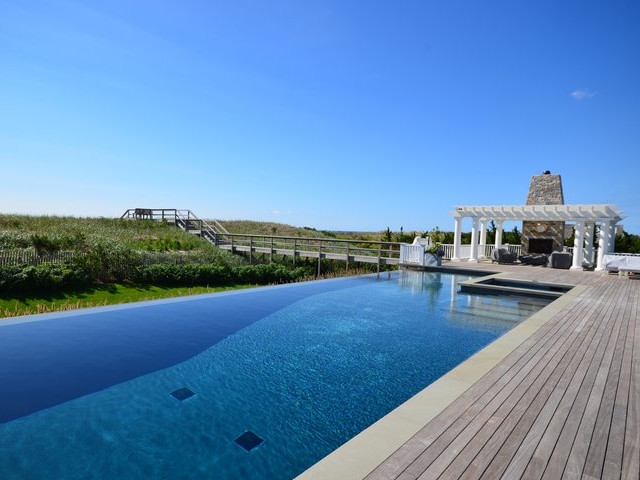 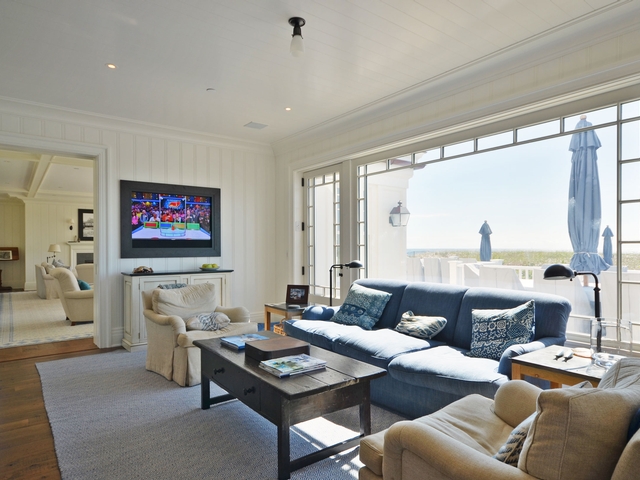 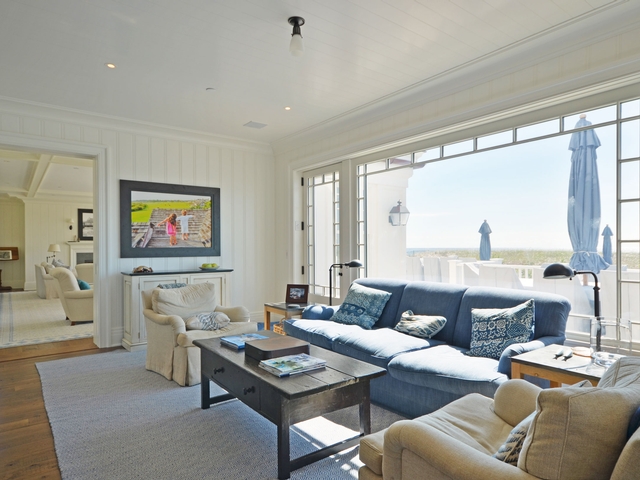 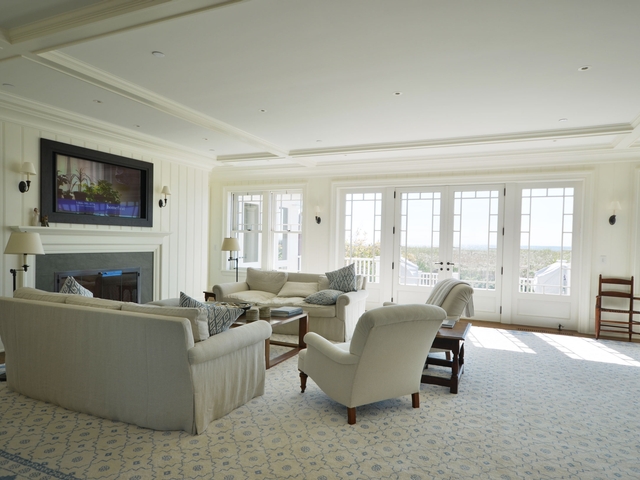 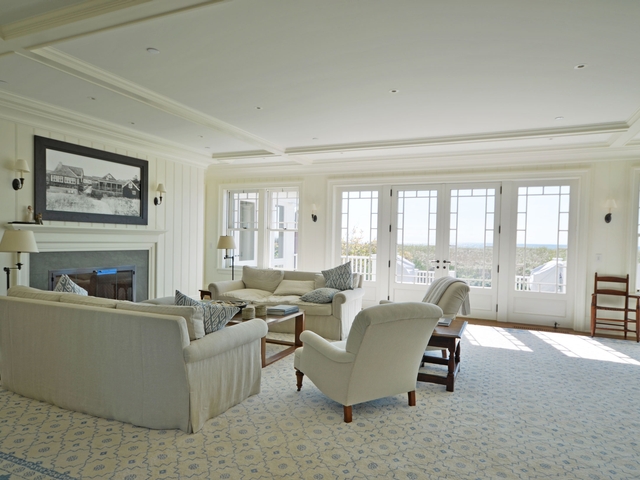 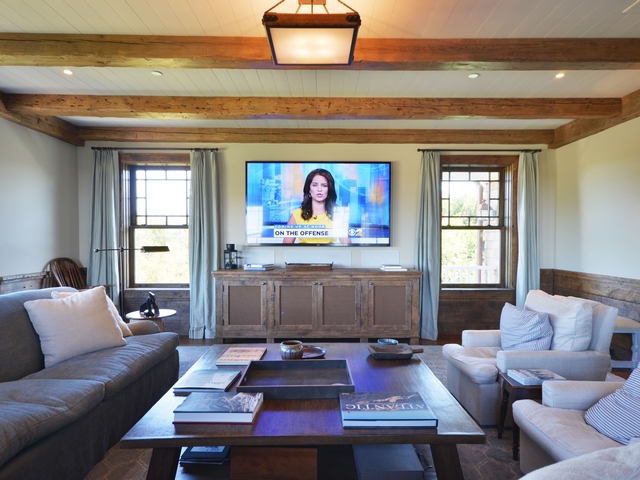 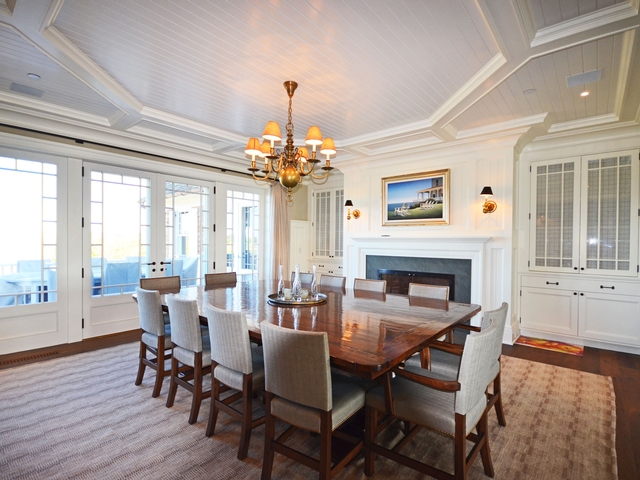 A Home with a View (Inside and Out) – Sagaponack, NY

When a busy executive set out to build a 10,000-square-foot oceanfront retreat in Sagaponack, NY, he had his sights set on creating the ultimate dream home – inside and out.

“He was looking to create a traditional Hamptons-style home that featured the ‘best of the best,’ from its architecture and interiors to its finishes and home technology,” explains Steve Berry, senior designer at Crescendo Designs. He led the Crescendo team who worked with builder Bulgin and Associates, and architect Kitty McCoy to bring the client’s vision to life – on an incredibly tight timeline.

“The deadline for this project’s completion was set in stone,” Berry explains. “Each of us brought in an army of professionals who collaborated closely to get the job done on time, on budget – and to the highest quality of standards.”

What was also set in stone (well, actually wood): The massive pilings on which the home was built. The pilings were covered by a wall system that was designed to break away if a major storm caused the ocean to surge past the dunes and up to the home. That meant the lower level was off limits to the Crescendo team: All the home technology components had to be relegated to the home’s second and third floors – a significant challenge, given the homeowner’s technology needs and aesthetic requirements.

The home features a full Crestron Home Control System – for audio, video, lighting and shades, climate control, pool and security/surveillance – all controlled by two in-wall panels and a wealth of iPads, strategically placed around the house. All other elements are essentially hidden from view in the house (except in the high-performance media room). The breakfast room and living room both feature televisions concealed by custom “moving art” frames with art provided by the homeowner that Crescendo digitally reproduced; high-performance audio speakers are hidden inside the home; even the thermostats are concealed – each room’s climate is monitored and managed via a sophisticated temperature sensor system.

“We definitely were able to give the owner everything he wanted in terms of technology without disrupting the home’s beauty and aesthetic appeal,” Berry concludes. “Walking through, it’s just an awesome feeling.”